Offer a friend or loved one a unique and exciting gift

Play in a band. Introducing student bands The Manneken Pistols and The KBH Boogie Band. 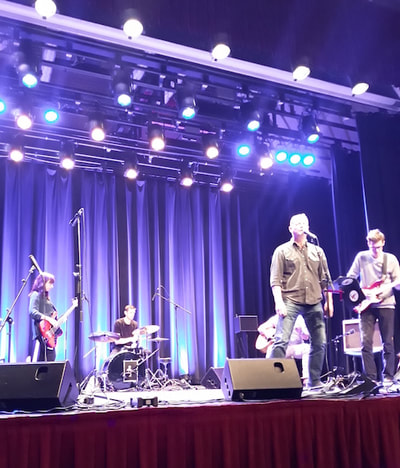 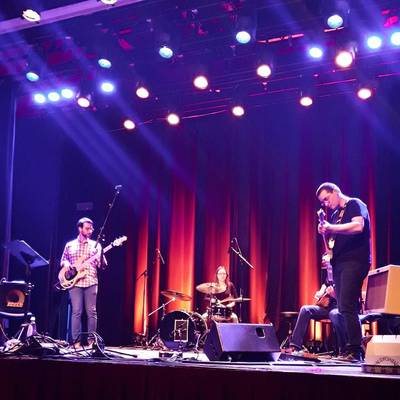 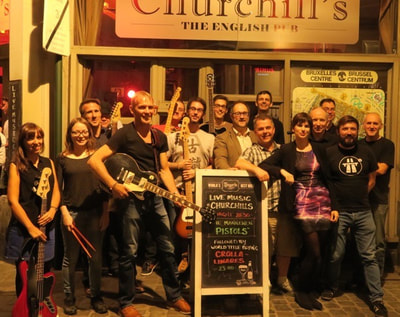 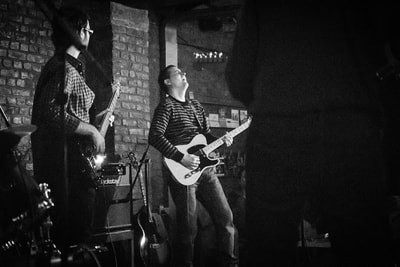 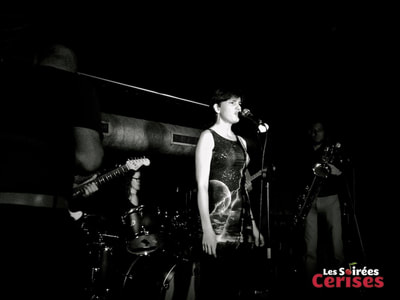 Formed in 2014 by a group of guitar and bass students and myself, the MPs have since played 30+ gigs in and around Brussels, sometimes to large crowds (one gig was approx. 200 people!) The MPs are currently 12 players: electric and acoustic guitarists, singers, bassists, drummers, harmonica players, saxophonists..... A total of 25 musicians have played in the Manneken Pistols since 2014. A further 9 players have played several gigs with another, more recently-formed student band, The KBH Boogie Band.
Images: Mark Baxter 2018, Tanja Agatunovic 2017, Frederick Bulte 2016; Alian Pilette 2015.

"...it's been an incredible journey and no matter how long it lasts I will always cherish this as something truly special in my life. So THANK YOU!"

Rita Guerreiro - bass and ukulele, writing about playing a first gig with our student band, The Manneken Pistols

"If you had said to me before the Manneken Pistols that I would be on stage living out my dream playing in a band I would never have believed you. Roll on the next one !"

"I recommend Mark as a guitar teacher to anyone. He is a patient, reliable and cheerful teacher, and he makes an effort to teach a combination of the stuff you need to learn and the stuff you want to play. I've really enjoyed my lessons with Mark!"

"Thank you so much... I really appreciate you put so much effort to provide me with such good material. I will work on this and hopefully can show you some good results next time... I have progressed so much quicker since I started lessons with you."